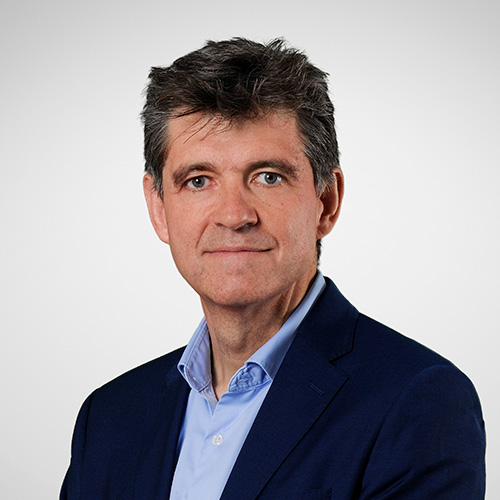 Pat is is a European and UK Patent Attorney and Head of the Biotechnology and Life Sciences Group, one of the biggest Groups of its type in Europe.

Pat has a life sciences and pharmaceuticals practice for clients based in the United States, the UK, the rest of Europe and Japan. He has directed prosecution of patent families covering over 70 countries, but a high proportion of Pat's work is prosecution, opposition and appeal work in the European Patent Office (EPO). He has handled about 70 opposition matters in the EPO over the course of his career to date. He has advised on multi-national litigation and counsels clients on freedom-to-operate issues.

Examples of subjects that Pat has patented for clients include the following: vaccines including whooping cough vaccines that are given to babies across Europe and the United States; antibodies including an antibody for treating osteoporosis, romosozumab, that was developed by two global biopharmaceutical companies; biologicals including pegylated G-CSF, a product used to treat patients suffering from low levels of white blood cells as a result of cancer chemotherapy; small molecule drugs including enzalutamide, the world’s top-selling drug for prostate cancer; techniques for converting non-pluripotent cells into pluripotent cells; methods of engineering bacteria to produce chemicals for making polymers; drought-resistant plants invented at a US university; and diagnostic tests for heart disease and cancer.

Pat was a scholar at Cambridge University and graduated from there in 1991 with a first class degree in Natural Sciences and specialisms in biochemistry and organic chemistry. He qualified as a European patent attorney in 1995 and as a UK chartered patent attorney in 1996. During his professional exams, he was awarded the prize for the top mark in the UK in the Patent Attorneys' Practice Paper.

Pat is recommended by The Legal 500 where clients comment that he is "a very knowledgeable European patent attorney with broad experience in antibody patenting and other relevant areas of the biopharmaceuticals sector." Going on to say that he "has an excellent understanding of the industry and proactively addresses industry needs." As well as noting that "He is a very nice and approachable person." According to a client quoted in Chambers & Partners, Pat "is forward-thinking and has done a phenomenal job on EPO oppositions".