Device marks (also known as logos or figurative marks) can be a valuable part of a trade mark portfolio. For many well-known brands, these icons or symbols are as familiar to consumers as the company name itself and serve as an easy visual identification tool. However, careful consideration of the form of the mark that is registered is needed for device marks, particularly where the mark is made up entirely of simple geometric elements.

The importance of the registration in terms of defining the scope of protection has been highlighted by a recent decision from the EU’s General Court in an action in which famous French fashion house Chanel sought to prevent the Chinese technology firm Huawei from registering the mark below as a European trade mark. 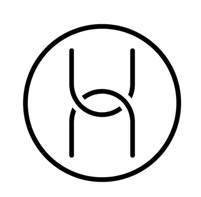 Chanel relied on its earlier registrations in France of two device marks:

The left-hand mark being registered for similar goods to those that Huawei sought registration for, whilst the right-hand mark was registered for “perfumes, cosmetics, costume jewellery, leather goods and clothes” amongst other items. Chanel claimed (and is very likely to have been able to show) considerable reputation in both marks.

The opposition was rejected by the EU IPO’s Opposition Division and Board of Appeal which found, in particular, that Huawei’s mark was “different” from Chanel’s marks and therefore neither the opposition based on the likelihood of confusion, nor that based on the reputation of Chanel’s marks could succeed. Both grounds of opposition require, as a minimum, that there is “identity or similarity” between the respective marks and, in the absence of this, no other considerations are necessary. Similar provisions apply in respect of infringement of a trade mark registration.

The General Court agreed with this conclusion. Whilst the marks were found to share “certain characteristics”, namely two interlaced curves surround by a black circle (for the second of Chanel’s marks), intersecting in an inverted mirror image and a central ellipse resulting from that intersection, they were found to differ in respect of the “more rounded shape of the curves” resembling the image of two letter ‘c’s compared to the image of the letter ‘H’, the different stylisation of the curves and their arrangement respectively horizontally and vertically, the resulting difference in the orientation of the central ellipse, the thickness of the lines used and the interruption of the lines in the Huawei mark at the points of intersection and the distances between the ends of the intersecting lines and the surrounding circle.

Whilst this analysis of the similarities and differences is accurate, it seems to go into considerable detail, rather than take a holistic global assessment of the two marks. However, that perhaps reflects the fact that the designs are very simple combinations of ordinary geometric shapes and to ignore even minor differences would result in an extremely broad scope of protection to the first mark to be registered.

The vertical/horizontal differences were a particular point of contention. Chanel had argued that the earlier decisions had incorrectly ignored the possibility that the marks might be perceived in different orientations when they are actually seen by consumers. As the marks being considered have no defined orientation which might arise from, for example, a word, an animal or plant or other identifiable “item” which signifies a particular “correct” orientation, is it right to compare them only in the particular orientation in which they are applied for? For example, it can be readily imagined that Huawei’s mark might be used on boxes of electronic products which, whilst intended to be stacked “vertically” could easily be arranged “horizontally” in some stores, thus removing any distinction that might arise from the difference in orientation between the marks as depicted above.

However, the General Court was very definite that, according to established case law, it could only compare the marks in the form in which they were registered and applied for, and therefore the different orientations were relevant. This may seem harsh, but derives from a need to avoid uncertainty over the scope of a registration; whilst rotating a mark might be a minor and clearly definable adjustment, other changes to the form of the mark being compared will be less precise and so lead to uncertainty as to what is protected.

It also seems that, despite the legal tests for opposition and infringement being identical, if there were examples of Huawei’s mark being used in a horizontal fashion, particularly in the absence of any other indication as to the intended orientation, such as text, then the answer to the question of whether the marks are similar or not could be different.

What logo I should register?

The answer to this question depends, of course, on the circumstances and there are many factors to consider. We can advise on your individual situation; however, the following considerations are likely to apply in many cases.

The most important requirement is that you register a logo which you are actually using (or planning to use). Failure to use the mark in the form registered will leave it vulnerable to revocation five years after registration.

Without prior use, it is likely to be difficult to register logos which are composed of simple shapes or combinations of shapes as such marks are unlikely to be considered prima facie distinctive. Generally-speaking the more complex the device or logo is, the easier it will be to register, but the narrower the scope of protection that will be afforded.

Consideration should also be given to whether to register the mark in black and white, greyscale or colour. Again, filing in colour is likely to result in narrower protection, as differences in colour/colour combinations will cause third party marks to be less similar, but the addition of colour or contrasts between different parts of the mark will increase distinctiveness and aid initial registration.

In light of the Chanel/Huawei decision, where the mark is purely geometrical and so could potentially be used in any orientation, thought should be given to whether the mark should be registered in alternative orientations. Whilst it will be impossible and impractical to cover every possible configuration, for important marks it may be worthwhile covering rotations through 45, 90 or 180 degrees (depending on the degree of symmetry in the original mark). Unfortunately, for EU marks, each different orientation will require separate registration with a resulting increase in costs. However, in the UK it may be possible (to our knowledge this has not been tested) to cover rotations of the same mark as part of a “series” application (marks are permitted to be registered as part of a series where there are only minor non-distinctive differences); there is no additional fee for an application covering a series of two marks which differ only in immaterial characteristics; additional marks beyond two incur an additional fee of £50 per mark.

It is also important to remember that logos will likely be considered to be artistic works which are protected by copyright. This can provide another layer of protection, however, copyright protection and enforcement is a complex area and we will address it in a later Insight.