Chocolate has been consumed as a drink in the UK since as early as 1600, according to the British Museum. As a result, it is perhaps unsurprising that one of the oldest trade mark registrations still in force on the UK trade marks register covers “cocoa”. This is UK Trade Mark Registration No. 52A, for the mark ‘The Coffee Mill.’ The registration is owned by BB&R Limited, the operator of the historic wine merchant Berry Bros & Rudd. It has a filing date of 1 January 1876, the date that the first Trade Marks Act came into force in the UK.

However, while brand owners in the chocolate industry have registered countless names as trade marks, this product has come to be associated with several high-profile attempts to obtain protection for less traditional trade marks. Alongside marketing campaigns, such attempts have become an important tactic for chocolate brands hoping to build familiarity among consumers with their get-up and packaging, which is extremely important in the confectionery industry, traditionally an ‘impulse’ purchase category.

A survey of notable case law from throughout Europe demonstrates many instances of this. For example, a dispute over the shape of a chocolate product (that of an Easter bunny) led to a well-known Opinion of the Advocate General to the Court of Justice of the European Communities, in the ‘gold bunny’ case. This case concerned the famous Swiss chocolatier Lindt & Sprüngli and their Austrian competitor Franz Hauswirth. 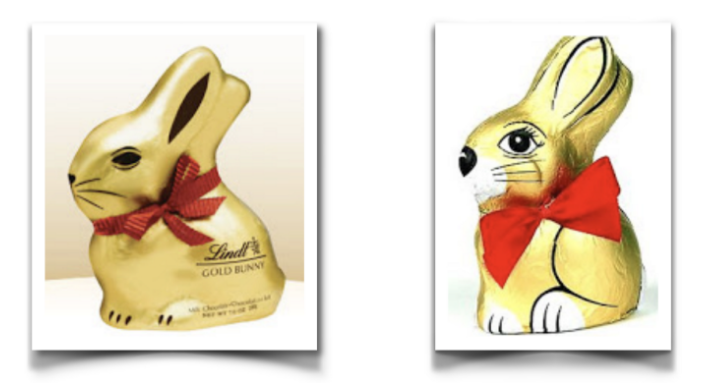 Both brands had sold chocolate in the shape of Easter bunnies for decades, but Lindt obtained a trade mark registration for its ‘Lindt Goldhase’ bunny in 2001, and subsequently issued infringement proceedings against Franz Hauswirth. This particular case turned on whether Lindt’s trade mark registration had been filed in ‘bad faith’, particularly in light of Lindt’s claim to have long enjoyed a reputation in the trade mark for chocolate products.

Another widely-publicised example from recent years is the attempt by Nestlé to register the shape of its KitKat chocolate bar (absent any other indicators of origin) as a trade mark at the EU IPO. Nestlé’s application, filed at the EU IPO in 2002, was the subject of an invalidation action by rival chocolate producer Cadbury, leading to a series of appeals in which Nestlé attempted to prove that the shape had acquired a distinctive character by virtue of its use.

In the most recent appeal to the CJEU in this dispute, a decision issued in 2018 upheld Cadbury’s invalidation. It re-affirmed the principle that, for a mark to be registered on the basis of acquired distinctiveness through use, the acquisition of distinctive character needs to be shown in every Member State of the European Union in which it did not, ab initio, have such character.

Other chocolatiers have clashed over trade mark rights in shapes in recent years. For example, the Ritter Sport brand have sold square chocolate bars for many decades, and own several trade mark registrations for 3D depictions of these bars in Germany. In 2020, Ritter Sport defended a cancellation action brought against by rival chocolatier Milka against one such registration which it obtained in 2001, in the German Federal Court of Justice.

The ‘KitKat’ case is not the only dispute between Cadbury and Nestlé to reach the courts in recent years. Cadbury has sought for many years to obtain protection for a less-traditional trade mark of its own in several jurisdictions: namely, the Pantone 2685C shade of Purple as a trade mark in respect of a variety of types of chocolate. This shade appears on the packaging of Dairy Milk chocolate bars. However, several of these applications had encountered objections by Nestlé, leading to a series of Court judgements relating to the registrability of colours as trade marks. 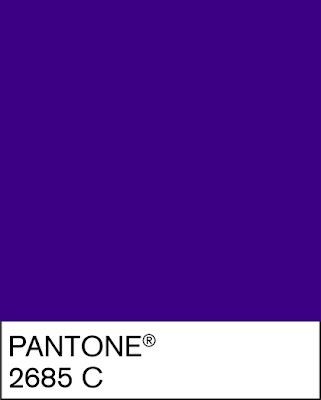 In an appeal filed by Cadbury against one such objection, the Court of Appeal of England and Wales held in 2013 that a colour cannot be registered as a trade mark when limited to being the ‘predominant colour’ applied to the packaging of goods. In a more recent decision, the High Court heard appeals against three separate trade mark applications filed by Cadbury for the Pantone 2685C shade, all successfully opposed by Nestlé. The Court overturned two of these oppositions, allowing Cadbury to register the shade as a trade mark with two separate UK trade mark registrations.

This was by virtue of the CJEU’s decision in the Libertel case which held that “[a] colour per se may be found to possess distinctive character”, although an assessment of this requires “an examination of the circumstances of the case and in particular any use which has been made of the mark”. In the decision, Meade J held that “if Cadbury’s circumstances are not right, I do not see how any other applicant would do better”. This is because Cadbury’s extensive use of the Pantone 2685C allowed them to show that consumers have come to recognise the colour as a trade mark when used by the brand in relation to chocolate.

As can be seen above, chocolate brands have been prepared to invest considerable resources in obtaining registered protection for ‘non-traditional’ trade marks such as colours, product shapes and other forms of get-up or trade dress. Clearly, such rights are highly important to chocolate brands and play a large role in their marketing efforts. Equally, it can be seen from these cases – and particularly that of Cadbury’s purple colour trade mark - that brands seeking registered protection for such trade marks must educate the consumer into recognising these signs as belonging to a particular brand, often through extensive marketing efforts.