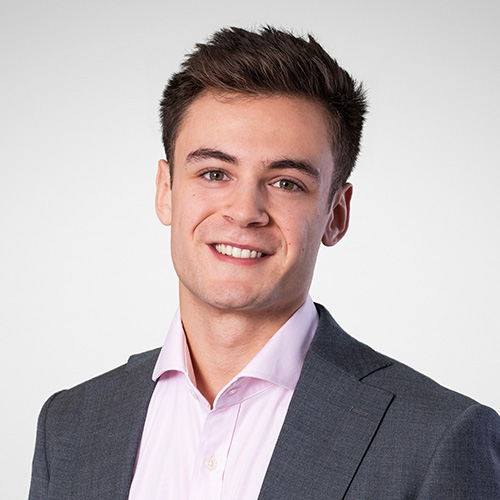 Iain completed his Master of Chemistry degree at the University of Oxford in 2022, where he graduated within the top three of his year.

During his studies, he was awarded several University and College prizes including the 2021 Gibbs Prize for exceptional performance in his organic chemistry finals, the Turbutt Prize for practical organic chemistry and the John Stubley Memorial Prize for academic achievement in his Part IA exams.

Throughout his degree, Iain gained knowledge in a broad range of chemical fields, specialising in organic catalysis, organic materials, and organic synthesis.

In his final year, Iain focused his research on asymmetric organocatalysis. His work on bifunctional iminophosphorane-catalysed nitro-Michael additions enabled the streamlining of several commercial neuroactive drug syntheses, earning him the 2022 Thesis Prize for organic and biochemical sciences.

Iain joined J A Kemp as a trainee patent attorney in 2022 and works in the firm’s London office.

The University of Oxford, Master of Chemistry, First - class

Student Member of the Chartered Institute of Patent Attorneys (CIPA)