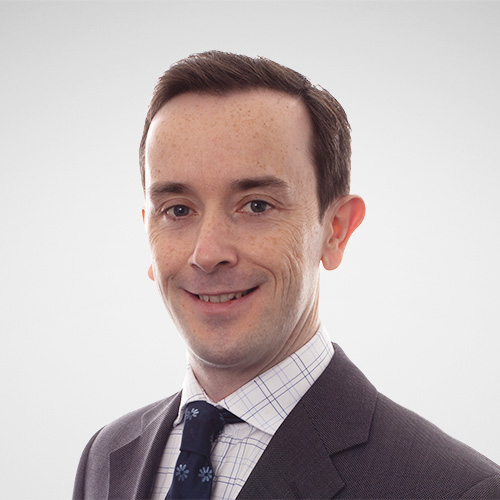 A large proportion of his portfolio also consists of multidisciplinary cases that span some of the traditional boundaries between technological areas. These multidisciplinary cases encompass in particular innovations in the area of bioinformatics, including software-based systems for supporting gene sequencing and gene based diagnostics, mining biological databases, designing therapeutic molecules or modifications to molecules to improve efficacy, extracting information from medical imaging data, and analysing electrical signals in the brain.

Dominic deals primarily with patent drafting, prosecution and opposition work in Europe, representing a range of client types from young start-up companies to well established multinationals. Dominic has particular experience with university spin-outs, having worked closely with many world-leading academics to build IP strategies and portfolios that have supported the transition from initial ideas in the lab to commercially successful new companies. Dominic has also led high profile opposition proceedings representing some of the largest multinational companies in the world, and has extensive experience of leading successful hearings at the European Patent Office, before both opposition and examining divisions.

Dominic completed a four year Masters degree in natural sciences at the University of Cambridge in the UK, specialising in experimental and theoretical physics. Having been inspired by lectures in thermodynamics by Dr Stephen Julian, Dominic went on to complete a PhD under Dr Julian’s supervision, looking at the evolution of quantum properties of the metallic state in exotic superconducting materials near so-called quantum critical points. Dominic was subsequently elected as a junior research fellow at Trinity College in Cambridge based on the success of his PhD work, where he continued research work in the area of strongly correlated electron systems before joining J A Kemp in 2002. Dominic has a deep understanding of academic culture and practical research environments, which has enabled him rapidly to win the confidence of, and to work effectively with, clients from this background. A high proportion of his work originates from direct contacts with world leading universities and academics.

Dominic became a partner at J A Kemp in 2012. He is a dual British/French national and speaks fluent French – he relocated to France in 2018 to join J A Kemp’s Paris office.

Dominic does not hold the French qualification Conseil en Propriété Industrielle and is not offering any services as such.