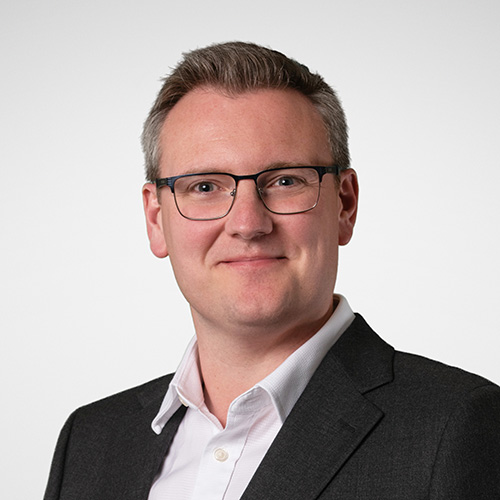 Dave is a European and UK Patent Attorney in our Biotechnology and Life Sciences Group. He is based in our Cambridge office and handles drafting, filing and prosecution of patent applications relating to therapeutic antibodies and peptides, diagnostic methods, recombinant enzymes and host cells, and vaccines.

Dave works with a variety of different clients including universities, small and medium-sized business as well as multinational pharmaceutical companies. He also has experience handling large patent families across many jurisdictions which have involved prosecuting applications at regional and national patent offices in Africa, South America and Eurasia. In addition, Dave has worked on several Opposition proceedings at the European Patent Office. He has also prepared freedom-to-operate reports on behalf of newly formed spin-out companies seeking investment.

Many of the applications that Dave has drafted and/or prosecuted relate to anti-cancer biologics. In addition, he is responsible for a number of applications relating to agri-food subject matter, with a particular focus on recombinant yeasts, fungi and bacteria for use in fermentation and plant care. Dave also has experience of cases concerning pro- and pre-biotics.

Before joining the profession, Dave graduated from the University of Oxford in 2010 with a first class degree in molecular and cellular biochemistry and, in 2014, was awarded a PhD from the University of Cambridge. While at Cambridge, Dave worked in the MRC Mitochondrial Biology Unit to investigate the structure and function of a multi-subunit oxidoreductase membrane protein using X-ray crystallography and cryo-electron microscopy. In the past, he has also worked for a global pharmaceutical company where he characterised models of neurodegenerative disease.

Dave joined J A Kemp in 2017 having worked elsewhere in private practice since 2015. He became an associate in 2019.